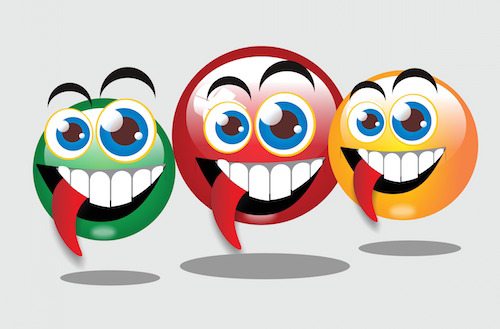 A collection of the Funniest
Bar Jokes around

There are literally thousands upon thousands of walks into a bar jokes and otherwise funny bar jokes available on the Net today. We’ve looked through most of them and picked the ones that gave us a little chuckle. We hope they do the same for you.

A Scotsman, an Englishman and an Irishman are sitting in a bar in New York reminiscing about home.
“Back in me pub in Glasgow,” brags the Scotsman, “fer every four pints of stout I order, they give me one fer free!”
“In me pub in London,” says the Englishman,”I pay fer two pint’s o’ Guinness and they give me a third one free!”
“That’s nuthin'” says the Irishman, “Im my pub back in Dublin, you walk up to the bar, they give the first pint fer free, the second pint fer free, the third pint fer free — and then they take you upstairs and shag you for FREE!”
“Is that true?” asks the Scotsman. “Has that really happened to you?”
“Well, no,” says the Irishman, “but it happens to me sister all the time!”

Two guys are sitting at a bar.
One guy says to the other, “Do you know that lions have sex 10 or 15 times a night?”.
The other guy says, “Damn, I just joined the Rotary Club.”

In a bar in a remote Alaskan town, a newcomer hears people yell out numbers (#23!, #56, etc.) and then everyone laughs.
He asks the guy next to him what’s going on, and he says the jokes have been told so many times, people just yell out their numbers instead of retelling them.
So he yells out #27! but nobody laughs.
The guy next to him says, “Some people can tell a joke, and some people can’t.

Three guys are drinking in a bar when a drunk comes in, staggers up to them, and points at the guy in the middle, shouting,
“Your mom’s the best sex in town!” Everyone expects a fight, but the guy ignores him, so the drunk wanders off and bellies up to the bar at the far end.
Ten minutes later, the drunk comes back, points at the same guy, and says, “I just did your mom, and it was sweeeeet!”
Again the guy refuses to take the bait, and the drunk goes back to the far end of the bar.
Ten minutes later, he comes back and announces, “Your mom liked it!”
Finally the guy interrupts. “Go home, Dad, you’re drunk!

A drunk staggers into a Catholic Church, enters a confessional booth and sits down, but says nothing.

The Priest coughs a few times to get his attention but the drunk continues to sit there, not saying a word.
Finally, the Priest pounds three times on the wall.

To which the drunk mumbles, “Sorry, can’t help you. There’s no paper on this side either.” 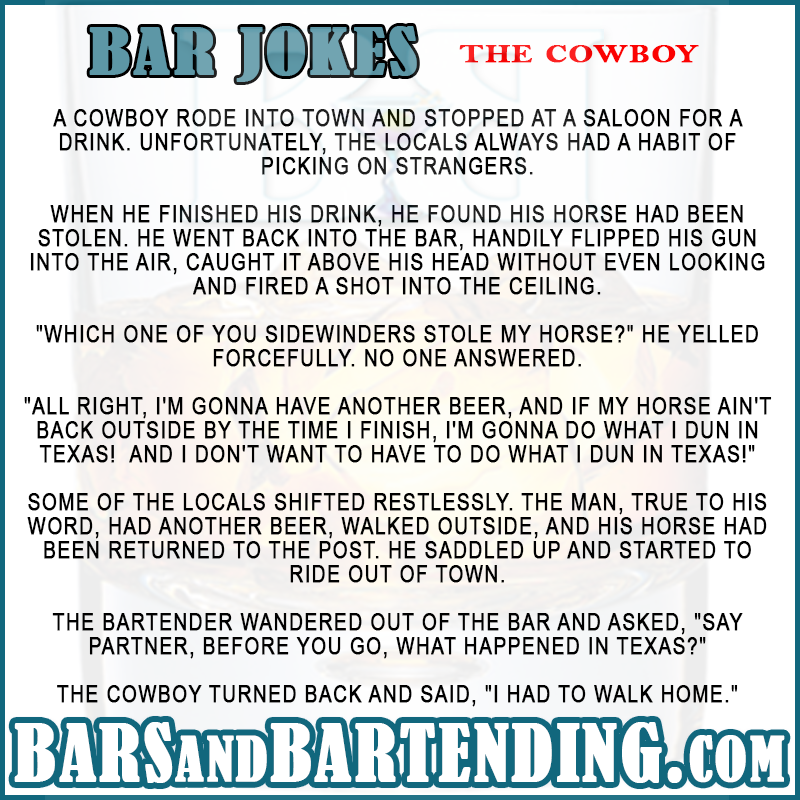 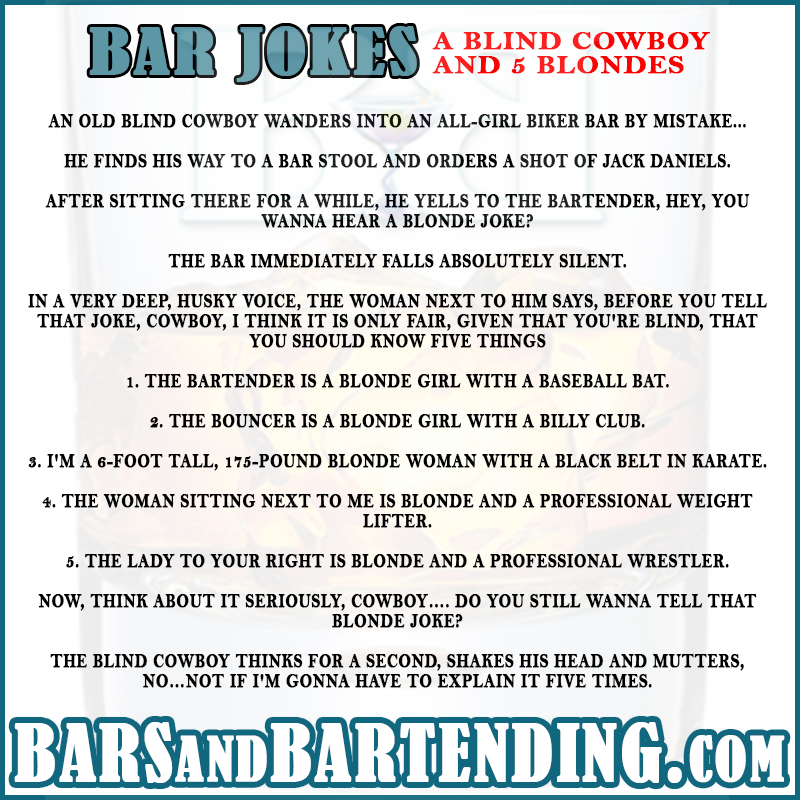