Walks Into A Bar Jokes Long 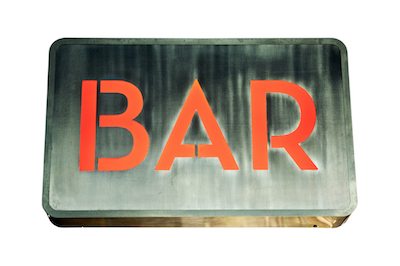 Walks into a Bar Jokes

a bit longer but just as good

With literally thousands upon thousands of walks into a bar jokes available on the net today, who has time to go through them all to find the good ones? Fortunately for you, we did it for you.

We’ve split these jokes into two categories: one and two-liners, which can be found here. And some longer ones that you’ll find below.

Guy walks into a bar and sits at a table. Tells the waitress, “I’ll have a Bloody Mary and a menu.” When she returns with his drink, he asks “Still servin’ breakfast?” When she says Yes, he replies, “Then I’ll have two eggs-runny on top and burnt on the bottom, five strips of bacon ON END-well done on one end and still raw on the other, two pieces of burnt toast and a cold cup of coffee.” Indignantly the waitress says, “We don’t serve that kinda stuff in here!” Guy says, “Funny… that’s what I had in here yesterday…”

So this guy walks into a bar with his 10 foot tall giraffe. Despite the strange stares from the other bar occupants, they proceed to drink themselves silly.After about a dozen drinks, the giraffe stands up and then keels over. At this his companion stands up as well, settles his bar bill and starts to walk out of the bar. The bartender shouts, “Hey idiot, you can’t leave that lyin’ here!”But the man replies, “You’re the idiot… that’s a giraffe, not a lion!”

An Englishman, American, and Irishman, all walk into a bar and order a beer. The bartender hands them there beer, however there are flies in each mug of beer.Well the Englishman pushes the beer aside and says, “That’s disgusting.”The American pulls the fly out and starts drinking the beer.The Irishman pulls the fly out, sets it on the counter and shouts, “SPIT IT OUT YOU BASTARD.”