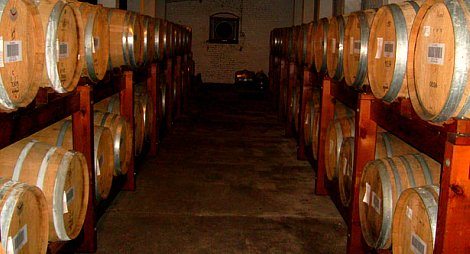 Home brew kegging? or bottling? If you’ve already brewed your own homemade beer, you’ve likely gone the route of bottling the final product.  Most home brewing kits come with plastic bottles with screw caps or you can buy glass bottles with metal caps which require a capper to seal them.  In either case, these bottles have to be rinsed out and sanitized after each use and before the next batch of beer is poured into them.

Once you’ve been brewing your own beer for some time, you may want to consider kegging your home brewed beer instead of bottling the beer. Home brew kegging is simply the transfer of the beer to a pressurized keg (like the ones you find attached to the taps at your local pub) rather than transferring it to bottles. 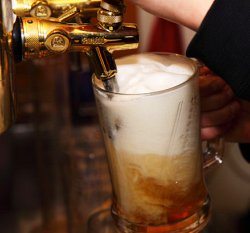 There are, of course, advantages and disadvantages that you’ll want to consider when looking into whether or not you want to keg your beer rather than bottle it.  The first and most obvious is that home brew kegging is going to cost you a lot more initially than simply re-using the bottles you have on hand.  If you are going to start kegging your home made beer, you’ll need to purchase CO2 tanks and a storage fridge for the keg – called a kegerator – in addition to the actual keg or kegs themselves.  The second obstacle you might face is storage.  Its obviously easier to store bottles than it is to store a big keg inside a bigger keg fridge.  If you don’t have the room, then seriously consider sticking with bottling your beer until you buy a bigger house, build a bigger garage, strip the basement out, move out on your own etc.  It’s no fun for the wife or family having to trip over kegs that are inconveniently left in the middle of the kitchen.

You may find that the drawbacks of home brew kegging are outweighed by the convenience of not having to bottle your beer, being able to serve your fine home made beer to guests straight from the tap and from the added quality you get when kegging.  If you’ve been home brewing beer for a while, you may be able to justify the additional costs of kegging by the money you’ve saved over the years from brewing your own beer versus buying retail.  And, if you have the space and are ready to move to the next level of home brewing beer, than there’s no reason to not take the step.

Especially if you entertain often and serve your homemade beer to guests, you’d be better off serving them a frosty cold one from your kegerator unit – straight from the tap.
Even if you do decide to start kegging your own home brewed beer, make sure you keep those bottles around so that you can take your home brew with you to parties and barbecues.  Quality, home brewed beer isn’t looked upon as being cheap swill anymore – its a craze that’s sweeping the country and one that’s well worth looking into.

In summary, if you’ve been home brewing long enough and you have the money and the space to start kegging your home brew, it might just be time to take your home brewing to the next level and start enjoying your beers the same way you do when you go to your local pub – straight from the tap.