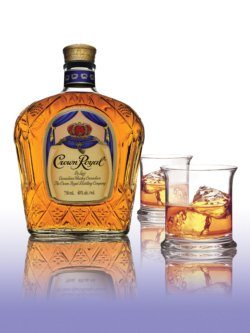 from Rye, Scotch, Irish and Bourbon to Cask and Single Malts

In the history of whiskey, it was first made in Mesopotamia as perfume and was not drunk. But it spread throughout the Mediterranean and monks brought the knowledge and distillation processes to the British Isles nearly a thousand years ago.

Up until 1500s however, it was only drunk within monasteries; but the methods were soon released to the people and before long almost every farm in Scotland and Ireland produced it.

The word whiskey in both Latin (aqua vitae) and Gaelic (uisge beath) translate to “water of life”.

Whiskey comes in many different forms, which are defined by the grains used to make them, the countries they are made in and the distillation methods.

Scotch – Malted and un-malted barley and heated over peat (moss) fires. Scotch has a noticeable smokey flavour. Must be produced in Scotland. Generally distilled twice and aged a minimum of 3 years and one day.

Irish Whisky – Malted and un-malted barley. Must be produced in Ireland. Generally triple distillation and aged a minimum of three years.

Rye – Must be made with 51% rye grain. Some high-quality brands make 100% rye whiskies. Commonly produced in Canada and the United States.

Bourbon – Made with a minimum of 51% maize (corn) and barley. Bourbon tends to be sweeter tasting than rye. Must be produced in the United States.

Single Malt – Made in one distillery, although it comes from different casks and years. This is done to keep the recognizable flavour of that particular brand.

Blends – Like single malts, except blended whiskey comes from different distilleries. Some blends are of higher quality, but often single malts are blended with low-quality grain whiskies.

Cask – Known as higher end, good-quality stuff, cask whiskies are bottled without being diluted. This allows the drinker to dilute their drink to their own liking.

Single Cask – Aged in one single cask and not blended like more common whiskies. This makes for a distinct flavour in each cask.

Age also plays a big factor in taste and pricing. Since it doesn’t age once it’s bottled, age is marked by how long the whiskey was in the cask (where chemical changes produce its flavours). When labelling blended whiskies, the age of the youngest cask is the age printed on the bottle.