Das Beer Boot Glass holds up to 48 ounces of your favorite beverage. Pick up yours at Vat19
This beer boot mug is hand blown – these aren’t no off the conveyor belt beer boots here. These are quality glass beer boots that you can be proud to drink beer from.

I have z beer and so I need
Z light snack
A giant pretzel, totally perfect
Cheese goes nicely with that

I wake up early and I hunger for breakfast
Butter milk pancakes, sausage, eggs, bacon
sugar and cinnamon.
And for lunch I want z wiener schnitzel 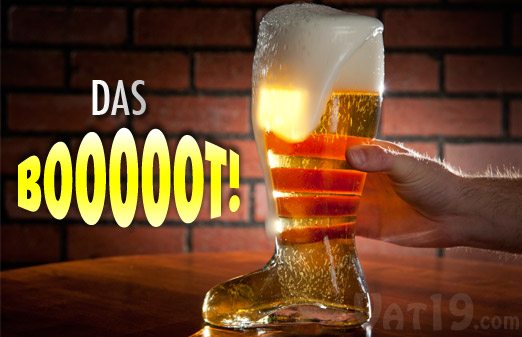 Ooo yaaah!
Gotta have z surf with my turf
And wash it down with z butter