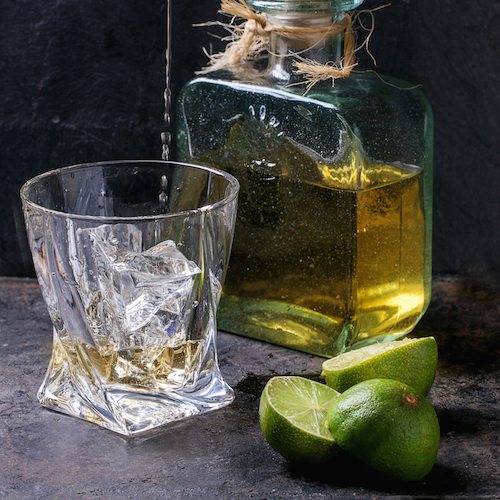 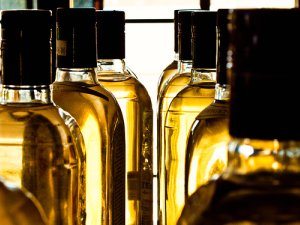 To understand the history of tequila, understand that although there are hundreds of kinds of agave plants, only the blue agave plant is used to make tequila. First discovered and fermented in the city of Tequila, Mexico, the country owns the exclusive rights to producing tequila. History shows that the Aztec people had been making fermented drinks with the agave plant called octal for centuries, but when the spanish arrive in the early 16th century, they ran out of brandy and started making tequila. The first spirit distilled in the new world.

The first major tequila distillery was founded by Jose Cuervo in Guadalajara, Mexico. Through the history of tequila, it wasn’t exported in the United States until the late 19th century by Don Cenobio Sauza of Sauza Tequila. Since, its popularity has grown globally, and although it is not a rail spirit, it can be found in bars around the world.

In Mexico, tequila is often drunk straight, sipped with perhaps a side or chaser of lime juice or sangrita (orange juice, grenadine or tomato juice and hot chilies). Elsewhere, tequila is drunk as a shot with salt and lime, although more recently, tequila cocktails have become increasingly popular. The salt and lime is thought to lessen the harsh flavour and after-taste of the tequila. First, the salt is licked off usually the drinkers hand. Secondly, the tequila shot is taken. Thirdly, The drinker bites the lime (or lemon) quickly so the juices from the fruit is the left-over taste. Another popular technique used in Germany is to lick cinnamon with a shot of gold tequila and bite into an orange.

Despite modern farming technology, agave is still planted, tended, and harvested by hand. The farmers are called jimadores, and pass down their knowledge of the plant from generation to generation. Some companies still crush the agave plant with stone wheels and let the sugar juices ferment in wooden or steel vats. It is then distilled once to make silver tequila. Some companies produce triple distilled tequila, although tequila experts argue it is not true tequila anymore and has lost its important flavours.

To produce gold tequila, caramel is added to the silver tequila. It is supposed to be less harsh to drink. For aged tequila, or Añejo, the distilled silver tequila is placed back in the barrels to begin the aging process.

Regarding the myth of the tequila worm at the bottom of the bottle and how it will get you immediately drunk, well, that’s just a misconception. Only some brands of mescal* contain the worm at the bottom – which is actually a moth larvae found in the agave plant from time to time. What it actually signifies is that the plant has an infestation and it supposedly creates a lower quality product. It is a great marketing mimic, however, that has worked well and continues to live strong.

Because most exported tequila is made with the minimum requirement of the agave plant at 51%, sugar replaces the remaining 49%. Sugar intake is the main contribution to a hangover. The more sugar, the worst the hangover. Tequila has one of the highest sugar contents of all the spirits.

*Similar to tequila, mescal is made from a different agave plant, the maguey plant. It comes from Oaxaca, Mexico.