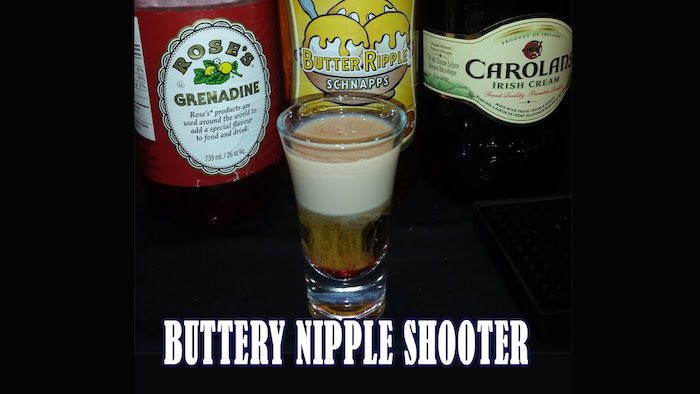 The Buttery Nipple Shot is the perfect “girlie” shooter as it’s sweet and tasty. Learn the buttery nipple recipe in this drink video tutorial. The buttery nipple shooter is the same as the Bit O Honey shot except with the addition of grenadine.

When you’re learning how to make the buttery nipple shot, don’t forget to pour the butterscotch first and then layer the Irish cream on top of the butterscotch. Use a spoon to help with the layering.

When adding your grenadine, make sure that you have a pour spout on it. As you can see in the video, there is no pour spout on the grenadine (as I’m shooting at my home bar) so it pours rather quickly.

If you’re looking to learn a new shot to order the next time you’re out clubbing, you can’t go wrong with the Buttery Nipple Shot.