An Introduction to the Popular
World of Brewing 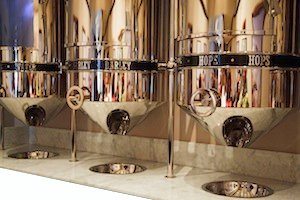 Today, home brewing at home is increasing in popularity – and that’s not just because its cheaper and more fulfilling then buying your own beer from the beer store.  No, its also because, once you delve right into brewing your own beer, you’ll discover that there’s a certain culture that surrounds home brewers.  And they even seem to have their own language. 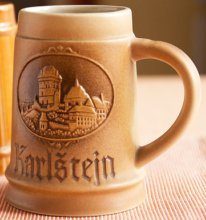 There’s no denying the social aspect of sharing a pint with friends at your local pub.  For the longest time, pubs and bars have offered people a place where they can relax, feel comfortable and be among friends.  This aspect of drinking plays as important a role as the actual drinking itself.  The comfort and camaraderie of sipping cold ones with friends and colleagues goes back much further than that of the modern home brewing aficionado.  Since the days when pubs and brew houses first opened, they were used as a meeting point for the minds of the day – a place where people gathered to make big, and often important decisions.

Although home brewing goes back generations, it tends to see more of an up and down trend over the years.  And we’re now in one of those upward trends.  This may have to do with the worldwide downturn of the economy, where people are trying to save a buck.  Or it could have to do with the fact that home brewing kits nowadays take all the guesswork out of home brewing beer.   Not only are we seeing a revival of home brewing enthusiasts, we are also seeing a staggering increase in the number of brew pubs sprouting up.  Pubs that brew their own beer on site and offer flavours of beer that just can’t be found in your local beer store.

If you decide to get into brewing beer at home yourself, you’ll find that the further you delve into it, the deeper entrenched in the culture you will become.  You may start with a home brewing kit and produce your first batch of home brewed beer.  Then you’ll slowly work on perfecting it and then tweaking the recipe and experimenting with different flavours.  In so doing, you’ll likely find your way to any number of home beer brewing forums that can be found on the internet these days.  And it’s here that you’ll pick up the best tips and tricks – gaining knowledge from guys and gals who have been at it for years.  But, it all starts with your very first attempt at brewing beer at home.

If you’re looking for a hobby and you enjoy drinking beer, it only makes sense that you’ll eventually want to explore brewing beer at home.  One of the reasons that home brewing beer is gaining in popularity is due to the diversity that the home brewer has regarding the outcome of the beer.  The home brewer, once they know what they’re doing, can control the flavour of the beer, the consistency and even the alcohol level.  And, once you’ve purchased the initial home brewing equipment, it actually becomes cheaper to brew your own beer rather than purchasing it retail.  Home brewing enthusiasts pride themselves in finding new and interesting ways to become better at what they do – from tweaking the process and recipe to adding ingredients that you may not initially associate with beer.

Whatever you decide, if you’re looking to make some great tasting beer and have fun doing it, you’ll find some like-minded people in the sub-culture of home brewers.  On the internet, if you do a little searching, it won’t be hard to find home brewing websites and forums where home brewers are sharing their tips, tricks and expertise as well as their secret recipes.  And, if you really get into it and you think you’ve brewed a winning beer, you can always enter it into any of the many home made beer competitions that take place throughout the world.

If the pubs are about the social aspect of drinking beer, and brewing beer at home is about making quality beer and taking pride in something you accomplished, why not marry the two and get out and socialize with other beer enthusiasts – both on and offline.  Even if you haven’t even brewed your own first batch, you still have a love for beer in common, so get out there and get your feet wet in the home brewing beer pool.

Reese Richards aka "the Barman" is a 20+ year veteran of the bar industry and founder of BarsandBartending.com. His goal is to bring the joy of bartending to as many people around the world as possible by producing high quality content in the form of articles, interviews, infographics, recipes, videos and training courses.